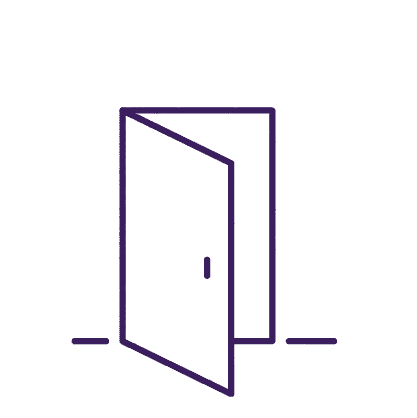 Join our team! Learn more about working at Embrave and the current employment opportunities.

Anne worked for more than 20 years in varied and progressive fundraising positions before shifting to community development work. Working in the non-profit sector has fueled her passion to help make a difference in the lives of people in her community, particularly women and children. She is a strong feminist and mother of three who believes that all people should be treated fairly regardless of their race, gender or sexual orientation. She was drawn to Embrave for the incredible supports they offer to women and children in the most vulnerable situations. She holds a Marketing Management diploma as well as a Business Administration degree. Anne is currently the Director of Development at The Lighthouse for Grieving Children.

Ripika is a University of Toronto graduate with an Honours Bachelor of Science, double major in Health Care Ethics and Psychology, and also has a Master’s in Public Health and Health Promotion from Brunel University in England. Her research thesis was focused on the motivations and perspectives of volunteers (previous survivors) who offer support to other survivors of domestic violence, sexual assault and rape. She is passionate about women’s rights, and has previously been a volunteer counsellor at the Toronto Rape Crisis Centre. She eagerly joined Embrave to continue to be an advocate for women’s rights and to work towards supporting the journey against violence directed at women.

Celine is passionate about providing an equal opportunity for all members of a society to thrive socially and economically. Specifically, she has a personal interest in strategies that will lead to the economic empowerment of women and girls. Celine is a Mechanical Engineering & Management graduate from McMaster University, and has held a variety of diverse roles in technical sales, project management and P&L ownership. She is analytical and hopes to use that strength to guide Embrave in achieving its strategic mission and vision.

Andrine is a Niagara University graduate with a Master’s in Criminal Justice Administration and has completed a research thesis that focused on “Domestic Violence and Disclosure: The Influence of Culture among Black Women.” The core of her research concentrated on major cultural influences that intersect among each other as a support system, which many survivors turn to when they are escaping gender-based violence. As a survivor herself, she is passionate about equality and social justice for women from all walks of life, irrespective of the oppressive frameworks that shape many culture’s value systems. She joined Embrave to be a part of the collective group of women who continue to thrive, advocate and challenge many frameworks that further the continuation of victimizing women.

Ellen is a Chartered Professional Accountant (CPA, CA) and a CFA Charterholder, she holds a Bachelor of Commerce from the University of Toronto. Throughout Ellen’s professional career, she has been actively involved in various women leadership and industry groups both as a committee member and active participant. Ellen is passionate about social causes that impact those who are most vulnerable in our community.  Ellen joined the Embrave Agency to End Violence Board as she wanted to be a part of an organization that advocates for resources and opportunities to end gender-based violence. Since 2014, she has been working with Fengate Asset Management, where she is currently the Vice President of Finance in the Private Equity group.

Josie graduated from York University with an Honours Double Major Bachelors of Psychology and Social Sciences. Josie continued her education and completed a post-graduate program in Human Resources Management and Certification as an Executive and Career Coach. Josie is passionate about people, recognizing that everyone has a story to share. She joined Embrave to advocate for women facing violence, and to create change and a movement to awareness. Josie currently works as the Director, Human Resources for HMS Host.

Luxmi is an MBA graduate of the Smith School of Business at Queens University, and has her Bachelor of Commerce from Concordia University. During the last five years, she has been actively involved as either a supporter, volunteer or organizing committee member of several organizations, including Women in Capital Markets and Ascend Canada. She is passionate about issues facing women and children, as well as challenges around diversity and inclusion. Luxmi has held various roles over the past 15 years at RBC Royal Bank of Canada, where she is currently a Director in Customer Relationship Management.

Join our Board! Learn more about volunteering with Embrave.