Embracing Brave: A Tale of Survival

Embracing Brave: A Tale of Survival is a short film inspired by the true story of a participant in Embrave’s ‘On Our Own’ Peer Program for survivors of violence incarcerated in Ontario. This film is the first of the Unstoried Series, a film series produced by Embrave: Agency to End Violence, formerly known as Interim Place, in collaboration with Fela. The film was directed by the incredibly talented up-and-coming director Kimberly Veitch and stars Ellyn Jade, a phenomenal actor best known for her roles in “Burden of Truth,” “Letterkenny” and “Frontier.”

Powerful and compelling but not at all unique, this woman’s story echoes those of program participants as well as the vast majority of women currently incarcerated in Canada. Through her story we shed light on the overrepresentation of Indigenous women in Canadian prisons that results from colonialism.

With this film we will amplify the voices of survivors of violence who are incarcerated, whose experiences are largely rendered invisible, and generate awareness of the stigma they face. It is our hope that this story will inspire you to unlearn some of the beliefs that you hold about criminalized survivors. 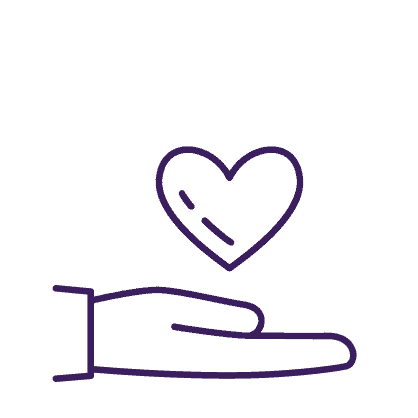 Donate to support the campaign!

Embrave Agency to End Violence gratefully acknowledges the financial support of the Hazel McCallion Fund for Arts, Culture and Heritage at the Community Foundation of Mississauga, a registered charitable public foundation serving the people of Mississauga.

We are also grateful for the support of the Ontario Trillium Foundation, which made the work at the heart of this project possible. The Ontario Trillium Foundation (OTF) is an agency of the Government of Ontario, and one of Canada’s leading granting foundations. OTF awarded more than $120 million to some 700 projects last year to build healthy and vibrant communities in Ontario.